I was at the archery range the other day when this fascinating girl shows up for an archery lesson, and she's shooting with the Olympic Recurve. I was done training that day, so I took some time to observe and watch the lesson.

As I watch and notice the grace she shows while shooting this completely different style of archery, she reminds me of my own (and very pricey) Olympic Recurve bow that's been sitting in storage for almost two years now.

That evening I decided to take it out along with the rest of my bows. 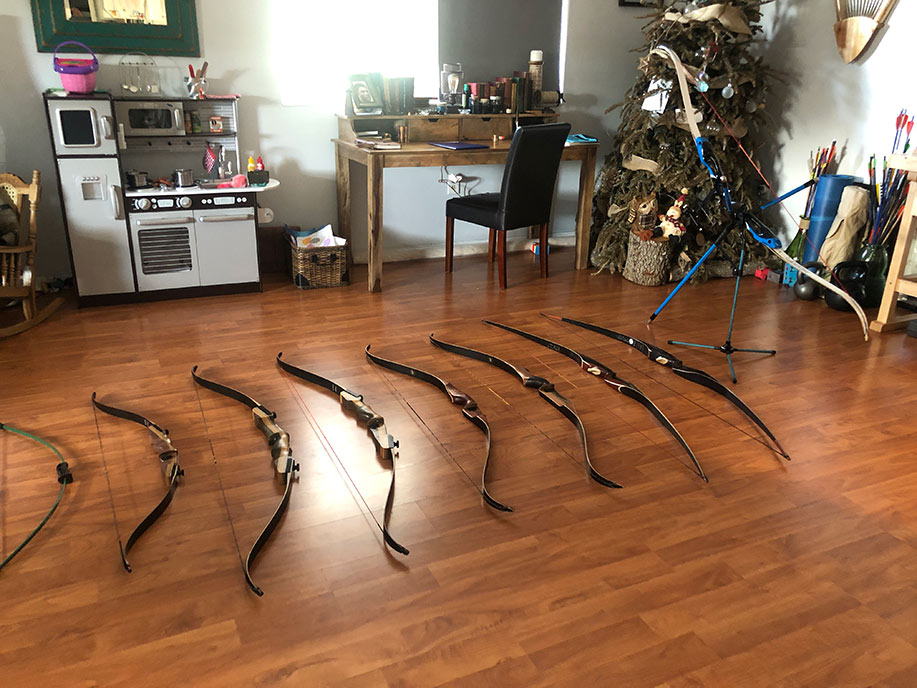 I decide to start shooting my Olympic and begin the process of finding the right arrows for my bow, a process that I never finished since I got the bow. I speak with my coach and let him know that besides traditional archery, I want to practice Olympic. He was hesitant, being a traditional archer himself, he wanted me to focus on traditional shooting. "Don't worry, and I'll be doing both. The two styles are different, so I won't pick up any bad habits via cross training." He agreed and also agreed to coach me via Olympic Recurve.

There is just no way I will ever stop practicing traditional, but I like archery in general, and the Olympic Recurve scene is huge right now, with tournaments popping up left and right... I could not help but gain a fresh interest. My goal is to win a State Championship and I'll get there.