I enter through the main door and take a seat. Shortly after, the jade merchant's daughter walks in... wearing a cocktail dress, brunette hair laying to one side, glossy red lips, bright blue eyes, a silver neckless caressing her neck, and small silver earrings to match. I stand to greet her.

"What? What is it? You act like you've never seen me before," she says while wearing a big smile.

After breaking free from the smile I wore, I go to her, "How long have we known each other for?"

"And yet, after all this time, your beauty still manages to paralyze me at times. You look... beautiful."

"Oh shush," she says, her smile noticeably grown, and color added to her face.

"I think it's a wonderful thing really, that my heart still sinks when I see you, even after all this time. There's something to it, don't you think? Moreso, the fact that you're so humble about your beauty just makes you even... more beautiful to me."

Through her light complexion, I see red on her face.

And what I won't forget, is the way her lips moved as I leaned in for a kiss.

My family was spread out, each doing their thing. Unable to convince them that where I would be at was safe, I went ahead there myself. At work. The Betsy Hotel in Miami Beach.

"WHAT!? What were you thinking! It was originally going to hit Miami Beach head on!"

Yes, I know. However, the new Art Deco wing of the hotel was designed to withstand such hurricane winds, and we were immune to storm surge since we have multiple floors. Emergency backup generators, food, water... it made sense.

While I do have insurance for my property, I took my most prized possessions with me. Things I know insurance would not be able to replace.

While I did take many photos Reader, I won't bore you with so many, but enough to give an idea of what my experience was like. 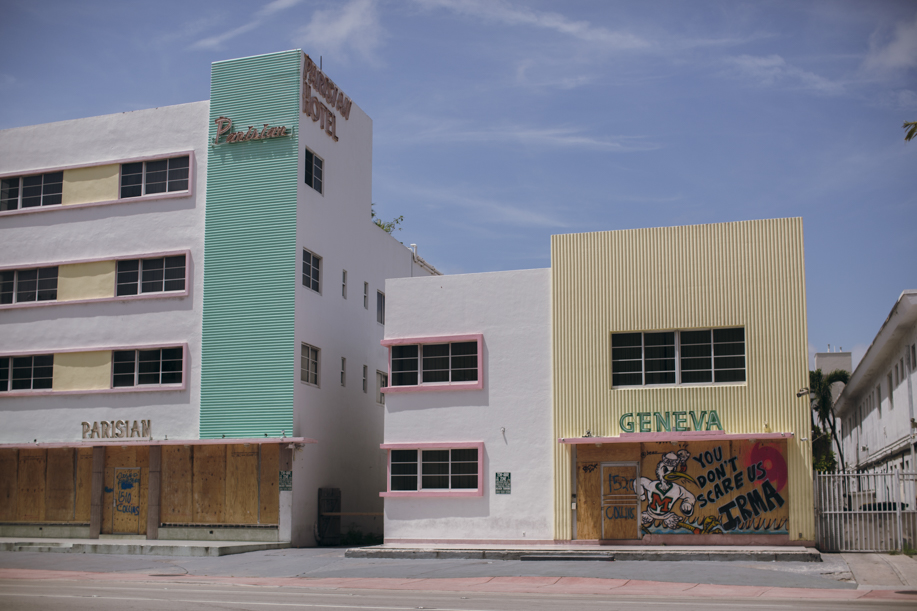 When I arrived at Miami Beach, it was a complete ghost town. An eeriness was in the air. Honestly, it did make me feel uncomfortable, but at the same time... a little excited to see what would happen. Selfishly excited for myself, but also worried about my loved ones who were too concerned to join me at the beach. 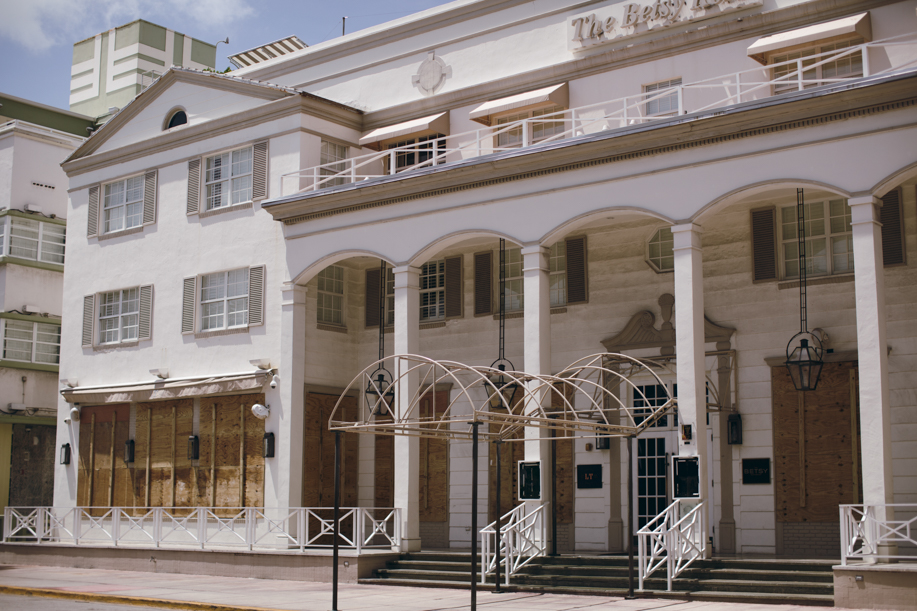 Ocean drive was empty. Not a single person was there... and my beloved Betsy all boarded up! One of the gems on Ocean Drive, still shined in all her grandeur despite the loneliness before her.

Some of the staff photos I took the night before the storm was set to arrive. All of us were in good spirits. Food, water, and wine were always available. Wine... :) :)

I finish my dinner, finish my serving of wine, sit back and tell two of colleagues, "Let's go for a walk shall we? Let's go look outside."

They finish their dinner, and we go for a walk. 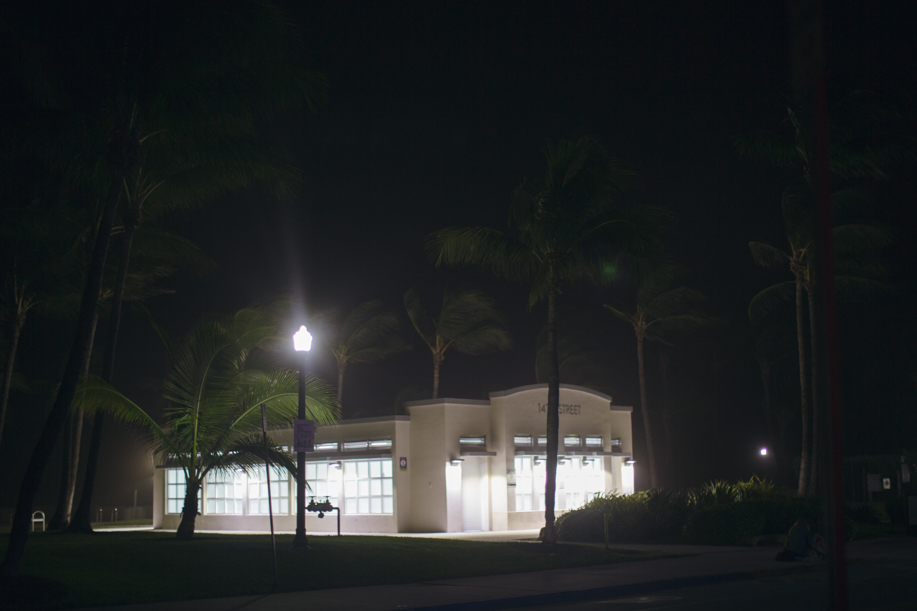 We walk down Ocean Drive, laughs in our voices as we talk about the entire ordeal that is to come. Still, we all could not help but notice the desolate streets, and more importantly... the sand dust in the air carried by Irma's fingertips. 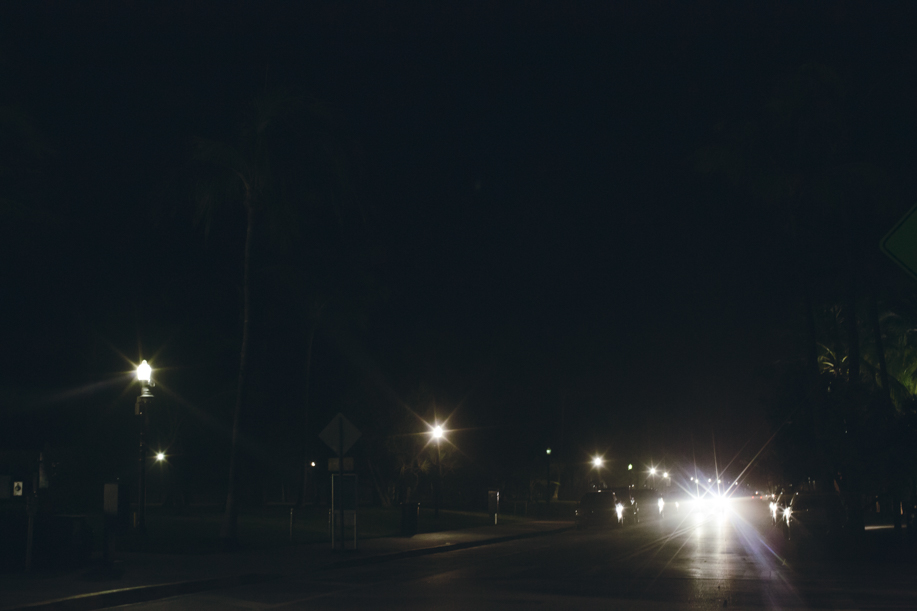 It almost felt as if there was a thin fog spread throughout Miami Beach. One I am not accustomed to, especially in the presence of silence.

I could not help admire the melancholic atmosphere of a beautiful city that's usually always active. It was kind of... romantic in a way I suppose. In a place where devastation and dishevel was anticipated, it's nice to capture human emotion through it all. 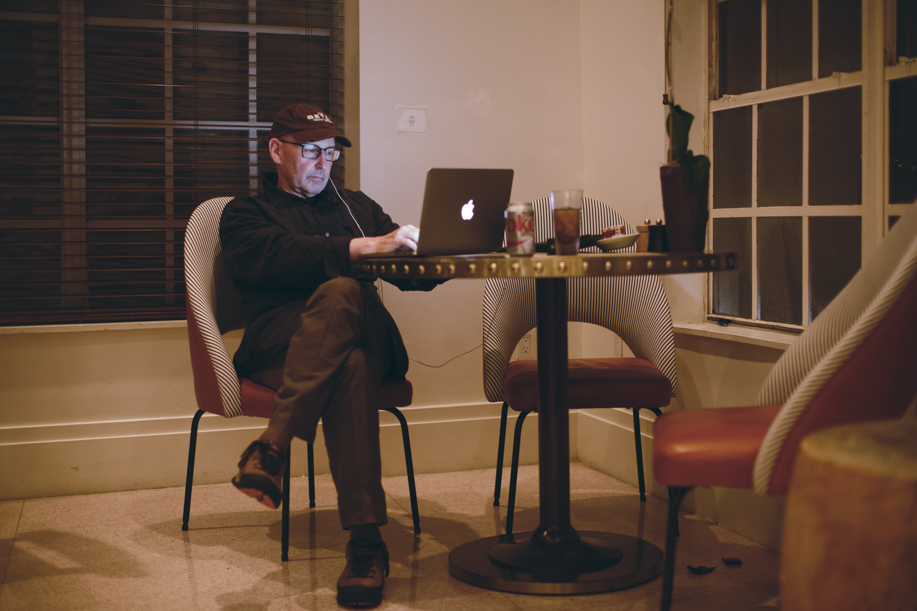 As Irma passed through S. Florida, The Betsy's owner sat in a corner, working on his laptop, as the winds howled and shook windows.

The paparazzi in me was allowed to flourish. 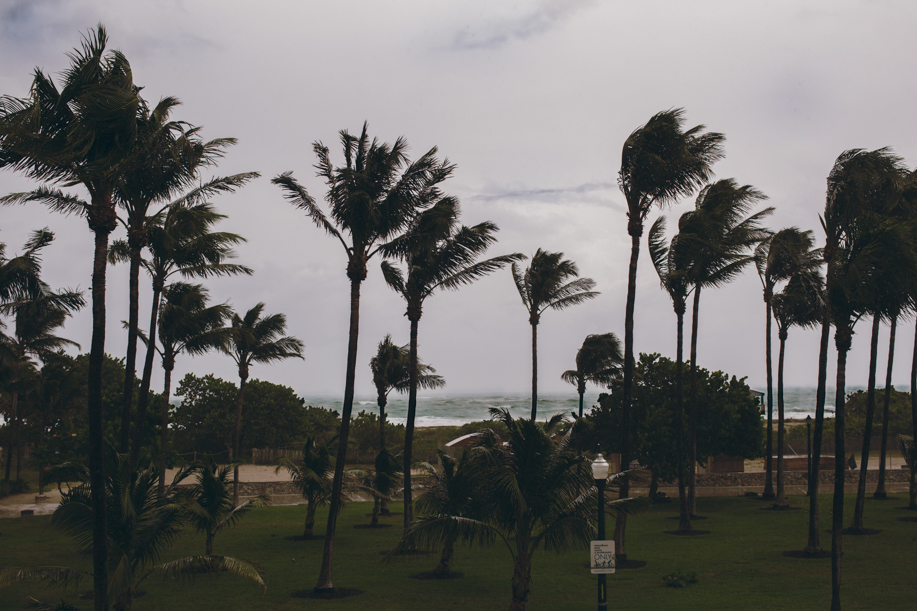 In the morning, as the storm receded, I took a photo of what it looked like outside The Besty. I was particularly impressed by the ominous looking waves. 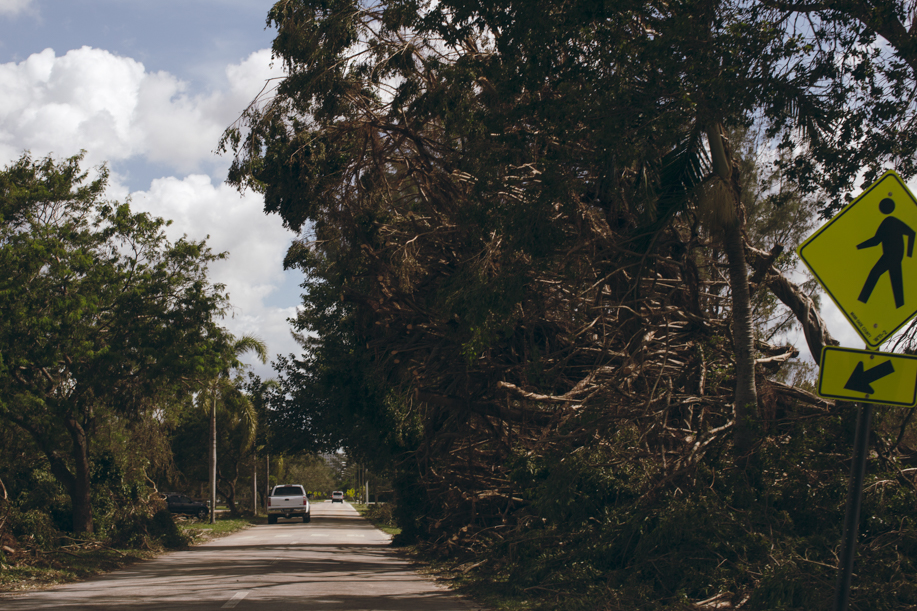 A few days later I was able to come back home, and the devastation broke my heart. The landscape in some areas of town was changed. Trees that have been way longer than I have were toppled, many roads were impassable, and some homes suffered damage. 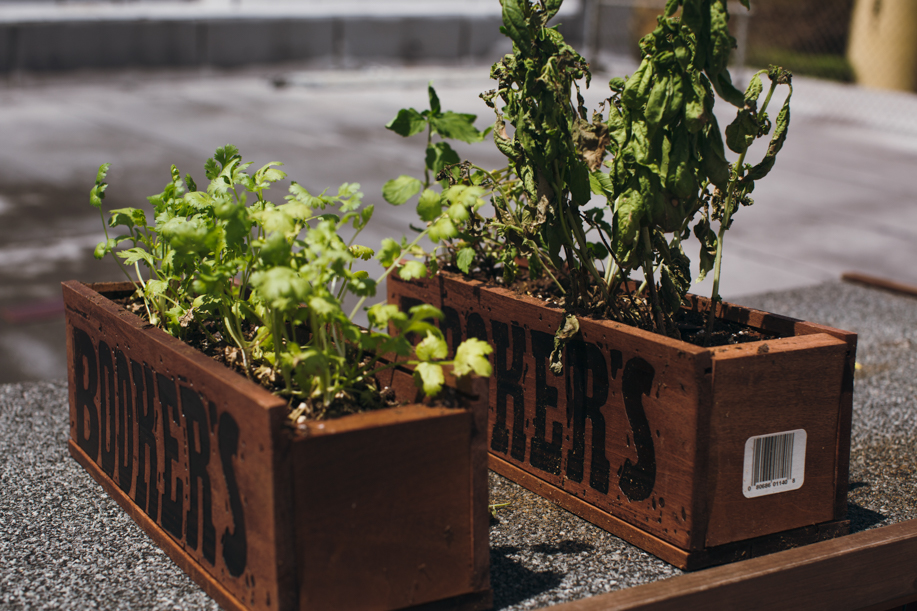 My mini herb garden, however, survived the storm. The cilantro and mint did well, but the basil never recovered after not being watered for several days.

I am walking up the stairs towards my apartment entrance. Being the typical Hispanic man that I am, I carried ALL eight grocery bags in one trip upstairs. Why make two trips when I can fit it into one? Well, while walking upstairs my Galaxy S7 decides to escape my back pocket.

I hear the sound of the phone hitting the floor, and suddenly, what I saw, appeared as if I was in a slow-motion film. The phone falls, an entire corner of the glass comes off and continues down one step, and another, and another.... In what seemed like an eternity, it bounced off several steps before crashing into the bottom floor and with each bounce, glass flying nearby.

I stare down, sigh, take the keys out of my mouth, open my door, and begin unpacking and placing the groceries where they belong.

Once done, I get my car keys, walk downstairs, pick up the now dead phone, and make my way towards the nearest T-Mobile store. I am due for an upgrade I suppose.

"Hmm. I'd like the fastest one with the best camera possible."

She sits here and whispers things to me.
My eyes are dilating as the world becomes primal.
Soft warm and wet kisses on my shoulder, and my conscience burning.

Purple stained lips and fingernails sink into skin,
My eyes remain open as I taste her tongue.
I'm a coward, the wretched things I'm about to do.

Under sheets on the bedroom floor,
with silver eyes and a fragmented heart,
I lead her to my empty dream.

Morning rays, soft breaths, and a golden necklace.
My clenching jaw, the headache pill, and my brown boots.
Disgrace and Hypocrisy greeting me at the exit door... with crooked smiles.