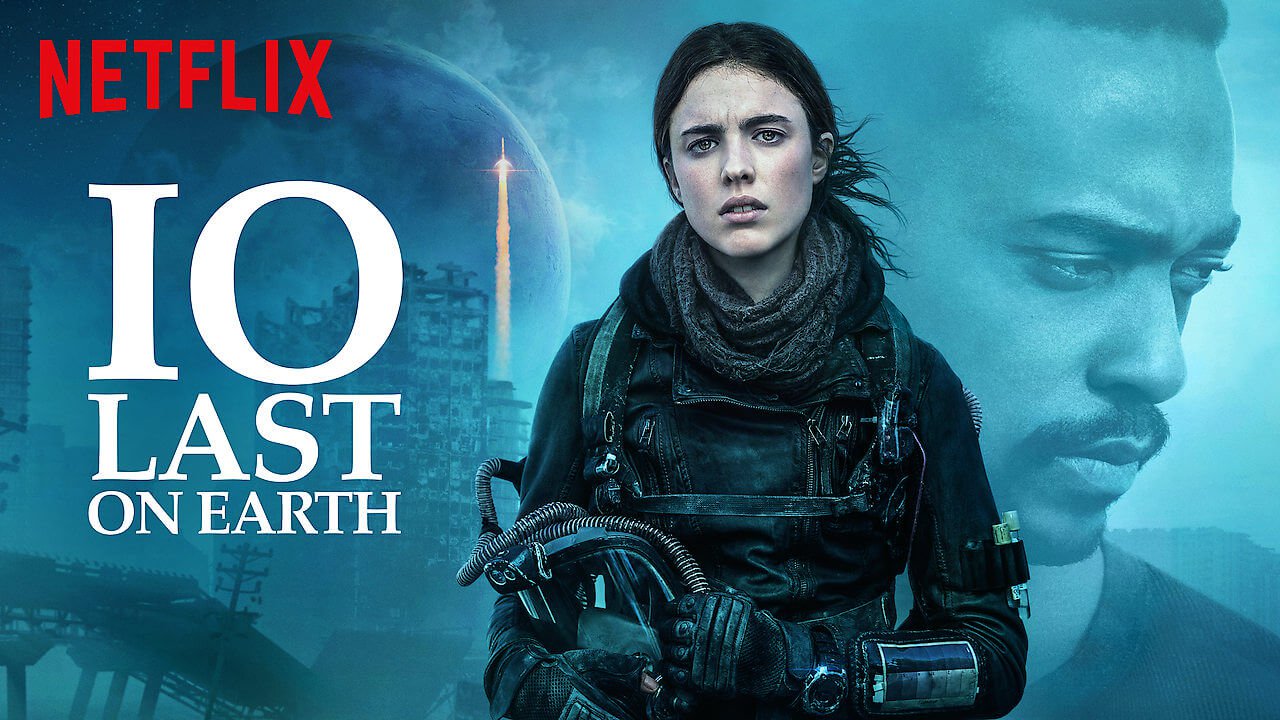 Storytelling, to me, is one of the greatest things we share with others. It's a pathway to human history is it not? No matter how many nuances occur in such stories, a message is delivered. Be it fiction or non-fiction, the core message, I firmly believe, is inspired by the imagination of someone who's experience needs to be shared with others in one form or the other. It's the very reason why I value a good story, regardless of it's medium; be it a poem, movie, novel, song, video game, play, or artwork.

I remember a time, during an age when I was not responsible for another little human, that I enjoyed going to the cinema. Something happened to me after my divorce. Movies and even video games became bland to me. I sought solace in poetry, novels, art, and music as sources for good storytelling instead. One can make an argument that the psychological effects of a painful divorce took a toll on me, desaturating colors from things I used to enjoy. A valid argument and perhaps even merits some truth, for it was a life-altering ordeal for me despite being the one who initiated the divorce.

I'm rambling here reader, as the purpose of this post was not to get deep into that! I was trying to preface what I wanted to write about, but I went out on a tangent here. It happens — a showcase of someone who has much on their mind I suppose.

Regardless, after putting my daughter to bed, I decided to have a glass of scotch and put on Netflix. I had a long day at work and wanted to take a load off. I began to browse through the movie selection, and one caught my eye: "IO: Last on Earth." Its movie poster depicted someone wearing a biochemical suit standing before a barren wasteland of the sort. "Ok, a post-apocalyptic movie. Sure, why not."

Immediately I recognized the eyes of a beautiful actress, through the gas mask, that has caught my attention in the past. Margaret Qualley, to me, has the most beautiful face in all of Hollywood. Alright, that's beside the point again, but interest settled in reasonably soon. I sat and watched.

IO is a low budget film, having an almost indie-like feel to it as well, but it's storytelling, and it's pace... was very much in line with what I enjoy. It's the atmosphere, its mood, its writing, the actress's demeanor, her intellect, her melancholic yet optimistic persona, and her practicality makes her be one of the more memorable charters that I have seen in a while.

There are no explosions, no car chases, no multi-million dollar computer graphics effects, no gunfights, no daring escapes, no monsters, no gore... none of the typical Hollywood junk that the masses seem to crave. IO was the second film, in a very long time, in which I haven't fallen asleep at some point. It's a simple film about survival without the cheap Hollywood tactics to hold your attention.

I appreciated the flick and went online to look at the reviews.

A whopping 33% on Rottentomatoes! 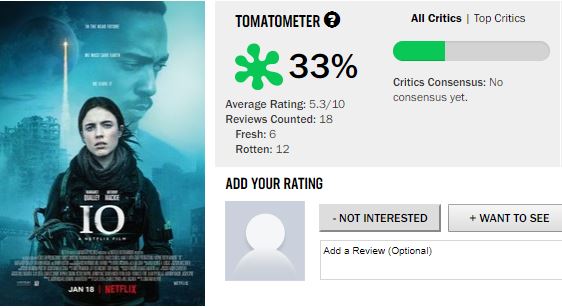 Ok, let's take a look at the movie I previously saw a while back that I also enjoyed. Bird Box. 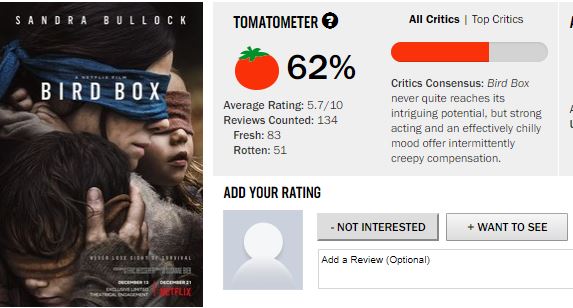 Ok, better but far below the "blockbuster hits."

So, this got me thinking the following: I'm weird, but IO would be a film I would have shot and directed given a chance. It's ultimately my style of storytelling, clearly not appreciated by the masses, but I've always been one to be different. Something I do not shy away from. 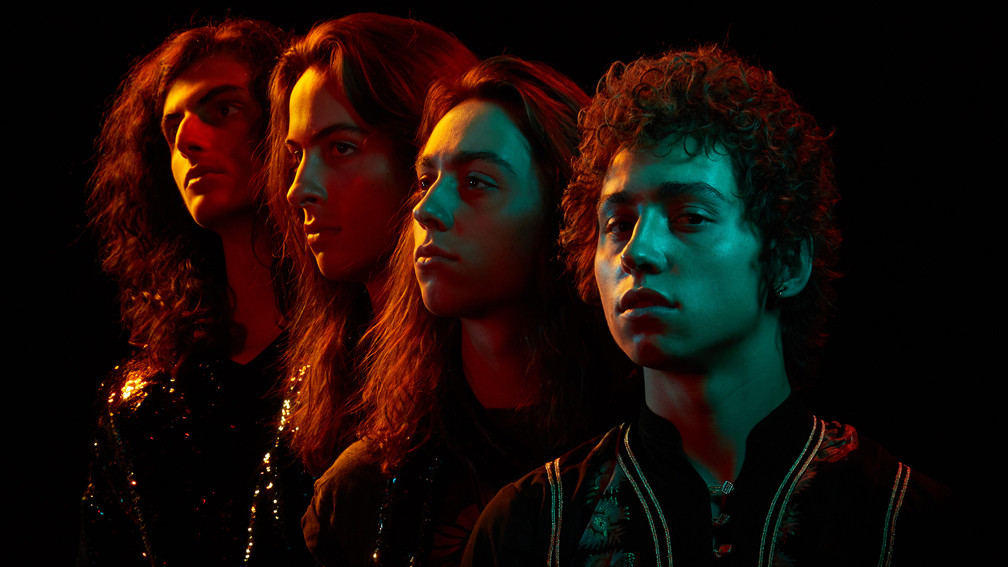