Stories come in many forms. It could be a movie, a novel, a comic, a poem, or even a song. This one story, however, actually made an impact on me, especially because when I was exposed to this story, I was filing for divorce... a difficult time for me. This story casts a lens on the nature of people. The world of Berserk is a dark and cruel one and one densely layered with all manner of broken people who are struggling to find their own place within it.

The protagonist, Guts, is incredibly sympathetically written. Everything bad that could happen to a person has happened to Guts. An orphan of war, Guts was raised by a ruthless mercenary and suffered physical and emotional abuse. And unfortunately... much much worse. The experience left Guts emotionally damaged, and the only way he knew how to express himself was through battle, and hence he became very good at it. Seeing him trying to overcome his demons and learn to accept people again is rewarding, and makes some of the later occurrences very tragic. While the story of Guts is rich on its own, the world of Beserk has many people on their own paths that blend well with Gut's journey. Even minor characters have the same amount of thought put into who they are as people and their shifting place in the story as things progress. All these aspects make the world feel Beserk alive and dense.

A lot of times, many stories out there feel like the world is reforming around the main character's journey. But in Beserk, there is a real sense that the world at large is something that Guts and his companions must push through, not something that will adjust to their whims. It's cold, and it's unforgiving, and it carries on regardless of their actions and at the worst of times can feel incredibly nihilistic. Guts may save the woman he loves from a fire, but all the while the world still burns. This is the kind of writing that I crave and thirst for. Berserk, the most impressive storyline I have ever experienced, and one that I highly recommend.

So I walk down the stairs, trash bag in hand, to place into the dumpster. I noticed a red pick up truck parked in from of my neighbor's home. It was parked at a peculiar angle, engine running, with a faint image of a person behind the wheel. It was a bright day, and the reflection of the windshield prevented me from seeing who was behind the wheel. A woman, attractive, comes out of the car and gets something from the back seat. Walking back towards the main door, she looks at me and waves. I wave back.

"Your daughter goes to the ballet school across the street right?"

Hmm, how does she know? She does look a bit familiar.

"I've seen you there, my daughter also attends."

"AHH! Yes, I remember you now haha! So what are you doing around here?

"I teach Yoga right next to you."

"What? There's a yoga studio next to my place? How cool!"

After talking for a bit, I take her info, and I attend one of her yoga classes. An excellent teacher, she had me bruised for days haha. That was incredible. She was also pretty damn impressive. Most yoga practitioners I know do very simple relaxed poses. She made my muscles question sanity during one of her classes. It was incredible.

I begin following her Instagram and notice her posts. Truly an inspirational person.

Weeks go by, and I begin experimenting with a new lighting technique; low key lighting. One day I say to myself, "I would like to photograph an athlete, to make muscles more pronounced with this style. That same day she posts on Instagram, and I quickly send her a message to see if she would be interested in a photo shoot. I explain the concept, and she was totally in! 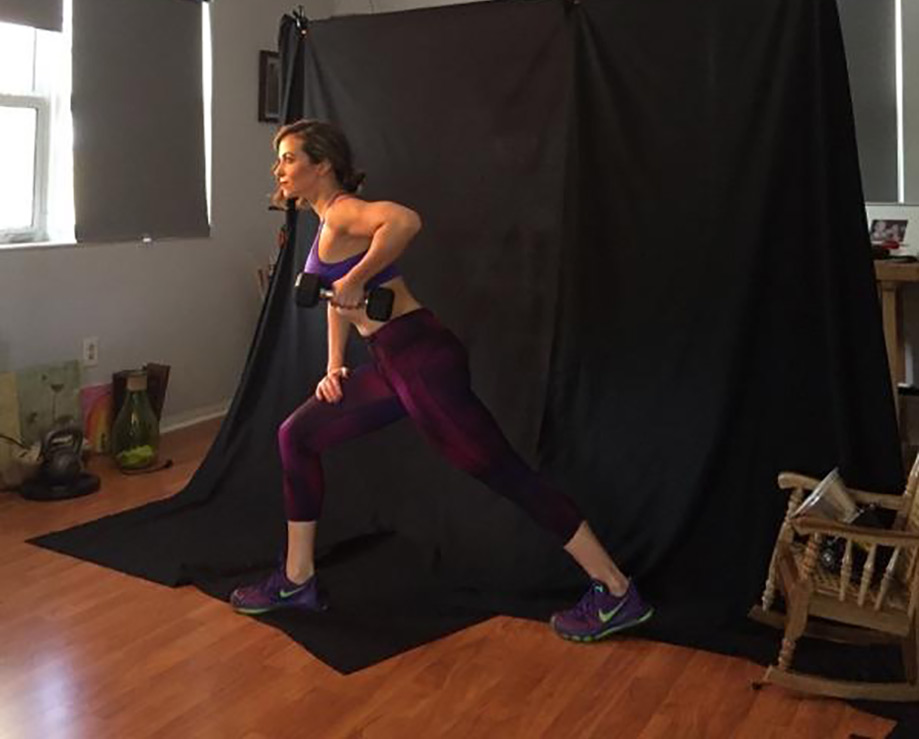 Granted, it doesn't look like much, but I was pleasantly surprised with the final shot. 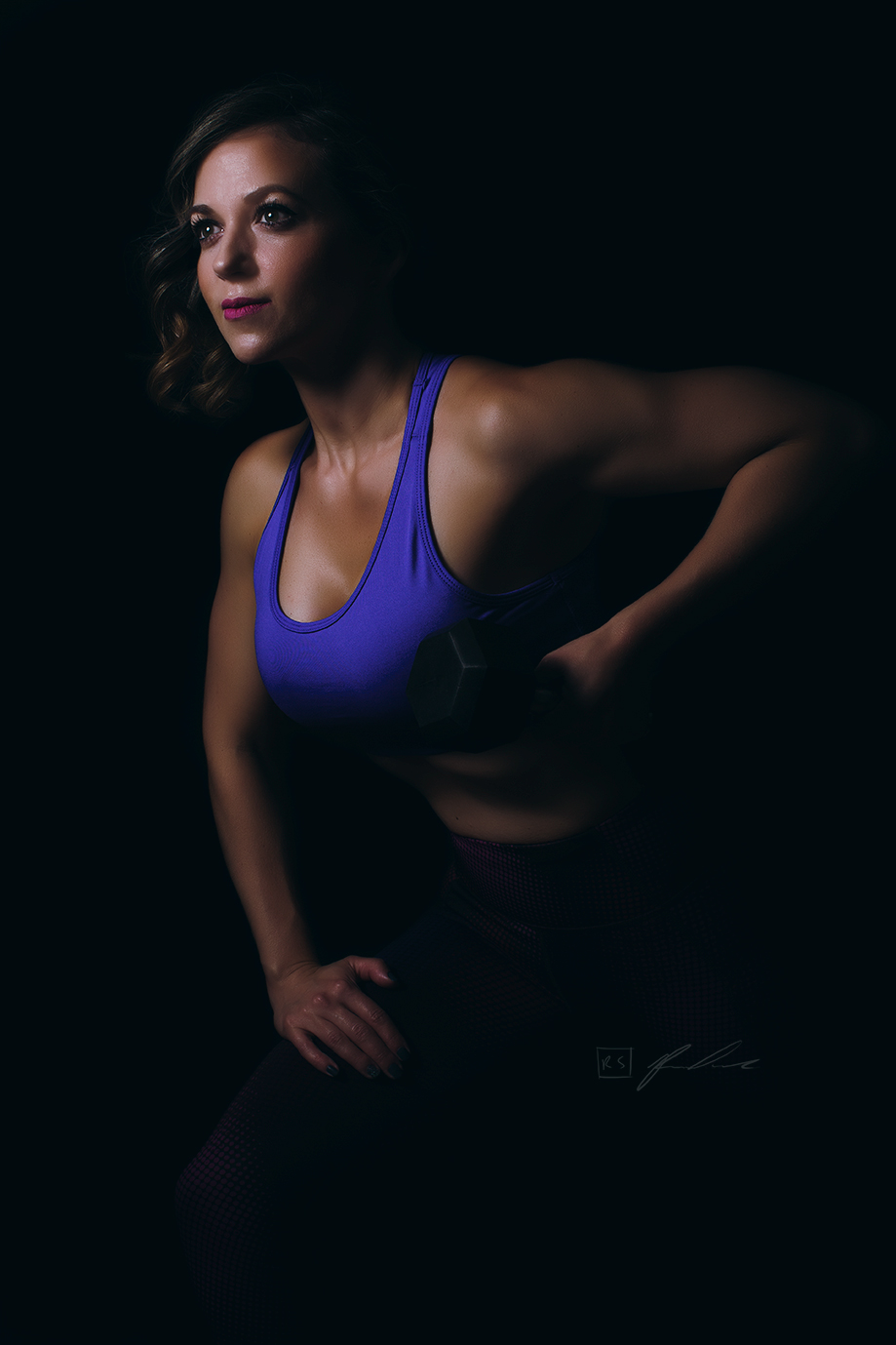 Sara made the entire photo shoot seem pleasant, and above all, very easy for me. In fact, she made me feel like a professional photographer haha. She helped me learned much from this technique, and I look forward to building upon what I learned. Now, low key wasn't the only technique we played with. 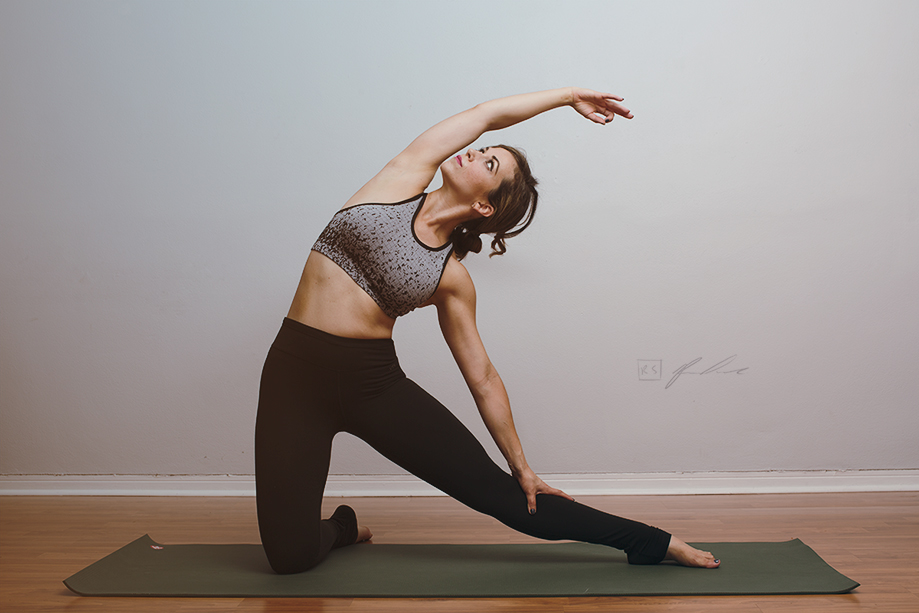 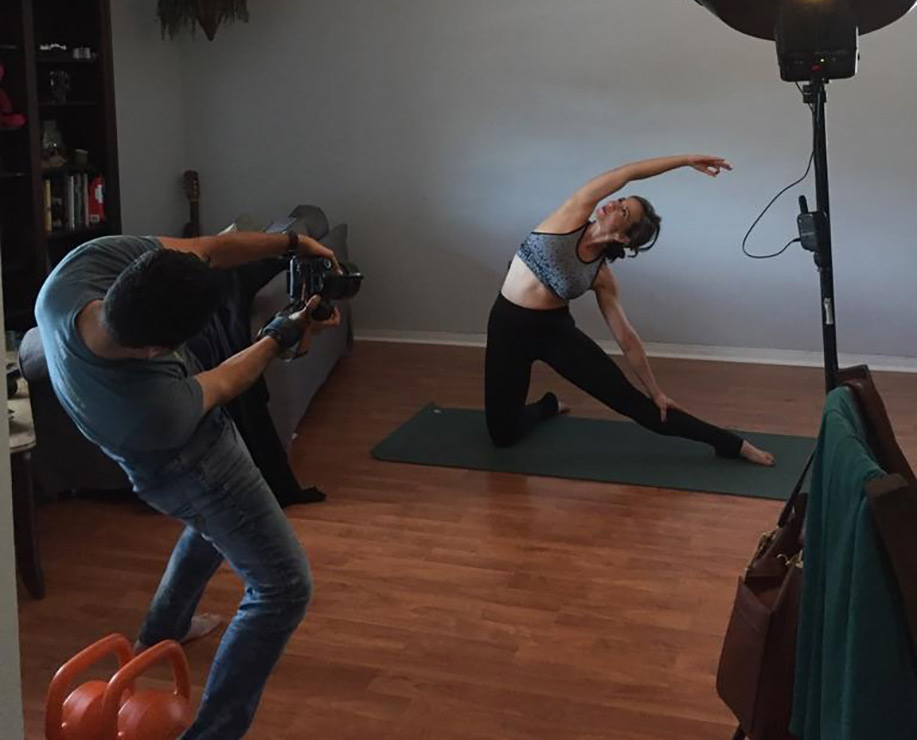 The antics of a photographer haha.  Sara was such a pleasure to shoot with, and I look forward to more collaborative projects with her.

A Return to Blogging and my Divorce 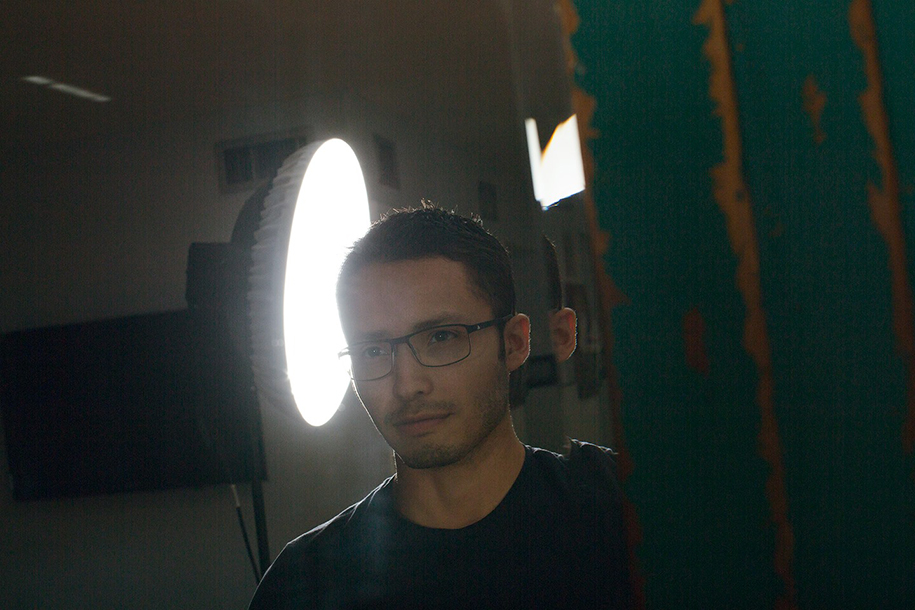 I used to run a blog for what... almost a decade or so? In that blog, I wrote out my thoughts, ideas, passions, anger, pain and more. It was a way for the introvert within me to self-express. Lots of fascinating and beautiful things occurred during that time, but towards the end, I experienced, without a doubt, the most painful and life altering event I have ever had. A divorce with someone whom I genuinely was in love with and had a child with.

Though it was I who filed for divorce, it was not what I wanted and I felt I had no choice. I needed to end a cycle, disperse uncertainty, and lay claim to my path. It was evident as well that she too felt it was time to cross that bridge. Perhaps both of us were afraid to act on something that was scary, maybe it was just me wanting to not give up on something I felt is always worth fighting for, or perhaps we both wished it didn't have to come to that.

I am not a religious man, but I do have ethics and morals that I firmly abide by. She did things in the marriage that forever destroyed my ability to trust her entirely, and the relationship was just never the same again. She did ask for forgiveness at the time, and I did say I forgave her... but the reality was... I never really did forgive. I accept that now, and I live with it. I never did forgive. I believe that if I did, the issues that came after such occurrences would not have escalated to the point in which they did. The beauty and innocence of a sweet love are tainted once trust is damaged.

After the divorce, I decided to stop blogging because I did not want her to keep up with what I was up to. I wanted to be left alone. To stop my crazy desire to write and share, I decided to delete it all. ALL of it. I did, however, make an archive of all my posts so that one day Blu, on her 18th birthday, receives a copy along with everything else I have saved for her. A little history of her father, the imperfect man who tried his best.

A Return and a Stronger Bond

Years have passed since we parted ways. During that time I went through a lot, as I am sure she has as well, but the things I have experienced truly brought out the best in me. Perhaps I will share in greater detail in another future post, but just a few things include... the loss of my job, a negative bank account, sleeping on the floor for months (only sleeping on a real bed when invited by a love interest), but the most hurtful was looking at my daughter square in the eyes and telling her, "I'm sorry sweetheart, daddy doesn't have money right now." I always believed that as a father, I am the primary provider, and being unable to purchase a mere $5 toy for her was the highlight of things gone wrong.

But...today... things are different. I feel that the sacrifices my daughter and I have made along the way have created a stronger bond between she and I that I never thought possible. She was there next to me as I placed dozens of sheets, towels, and other things as a makeshift bed next to hers. She was there as we inserted coins in a piggy bank we filled up for a trip to Disney. She was there when we would go to Little Ceasers for a $5 pizza (all I could afford) and go to the park to sit under the shade of a tree. She was there when I was sick due to an untreated lung infection (no insurance) and had to go to the ER. She was there when she saw the burns I received when learning to cook for us. Most importantly, I have and always be there for her to give her attention when she is with me. I rarely invite friends or bring Blu to friend's events because I feel that it wouldn't be spending quality time with her. My ultimate gift to her is individual quality attention and affection. In fact, she usually calls me "cozy daddy," because every night, after reading to her and brushing her teeth, I would cuddle up with her until she falls asleep, a tradition I have kept since she was a newborn.

While all divorces are unfortunate, I will say that today, with the state of mind I am in, I would not have changed the outcome of what happened. If it were not for what happened, I today would not be the man that I am... and to be honest, I will never go back to the man I once was. I feel I am more balanced; I have a higher self-esteem, I am clear about my position on things, I am unquestioning of my beliefs and decisions, I can quickly identify mistakes and most importantly... I listen to my gut feelings, for they rarely fail me. I love my daughter's mother, I always will. When you love someone, can you ever really stop loving them? I believe in unconditional love, but I also believe that some people are just not meant for each other. As much as I love her, I kept being disappointed time and time again, and honestly... I love myself too and deserve better. The love I feel for her today might be a little different than what it was in the past, but it remains. I hold no shame saying it. Is there a better way to feel about my daughter's mother?